written by: Philipp Heltewig
Philipp is a German-Australian entrepreneur with profound technology experience working for companies in Europe, APAC and North America. Since 2016, Heltewig has been co-founder and CEO of Cognigy, focusing on the automation of customer and employee services through Conversational AI. 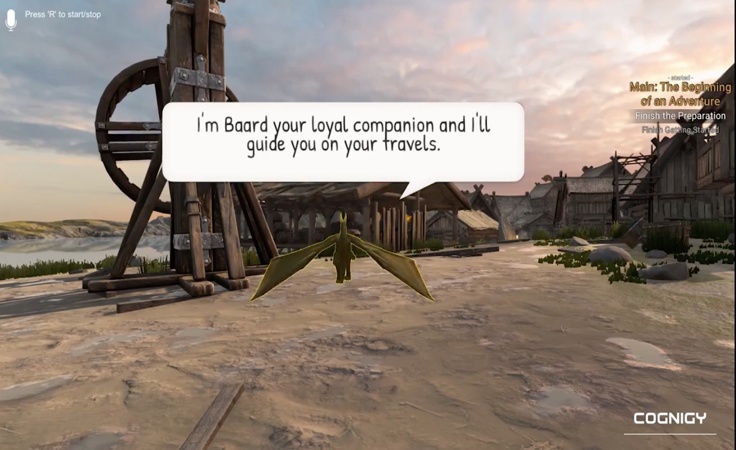 Imagine a game in which every character has its own personality and can have a meaningful, voice-based conversation directly with the player. Thanks to Cognigy’s plugin for Unity, the leading game development platform, this has become a reality. 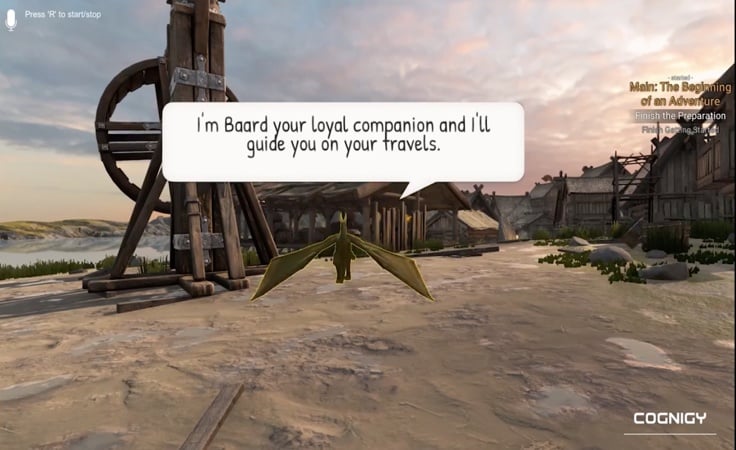 Cognigy, the Voice AI software company from Düsseldorf, has developed a plugin that allows Triple A and Indi game developers to create intelligent characters that understand the player’s spoken words and respond accordingly. Voices were created using technology by http://www.acapela-group.com/

As a game developer, you simply choose the character that you want to “smarten up.” You apply the COGNIGY.AI component per drag and drop and then configure the character’s personality using the Cognigy Flow Editor. Back in the game, your character is now able to understand what the user says and can engage in a meaningful, deep, multi-turn discussion.

“The plugin gives the developers everything they need to build characters that react naturally and logically without any third-party involvement,” says Jan Sommer, Cognigy’s Unity Specialist. “It allows the game developer to define the character’s audio responses and behaviour, such as movements, plus can control external factors of the game, such as the story flow, depending on the user input. All of this can be configured within the Cognigy Flow Editor without any coding.”

Cognigy’s conversation engine requires the game to be connected to the internet, but that allows seamless operation on different platforms. The plugin works on desktop, mobile, and VR platforms, allowing users to jump between the channels without losing the context of the conversation they had with the characters.

The solution proposed by Cognigy could also have many other applications. “We believe that voice interaction could really change not only gaming, but also everything from VR and AR retail, through manufacturing and facility management to healthcare,” says Sascha Poggemann, the COO and co-founder of Cognigy. “We are already working on VR solutions for digitally enabled retailers, and we believe that this field will develop immensely in the upcoming years,” he adds.

This is in line with the latest news from the tech giant, Google, that just announced that they are resurrecting their Google Glass. The new version is meant strictly for business applications in the fields of manufacturing, healthcare, and energy. With these developments on the horizon, Cognigy believes that demand for their AI solution will be greater than ever.

Why Conversational AI is the Customer Service of Tomorrow