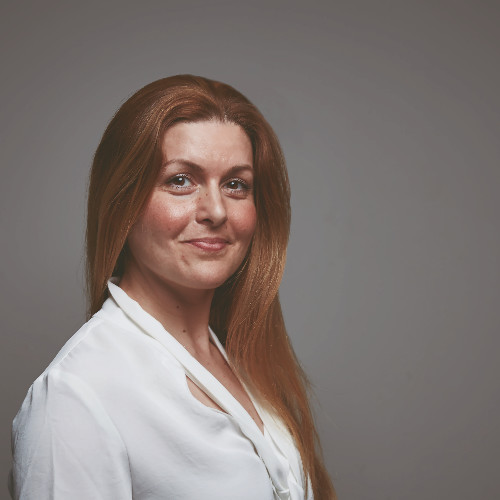 It' s the fourth Thursday in November. All Americans know exactly what's coming. The holiday season surrounding Thanksgiving is about to begin. And even though the most famous Friday can be traced back to the stock market crash in October 1929, Black Friday has become a global consumer event, both in-store and online.

Since 2013, Black Friday and Cyber Monday have also been common in German retail. So it is almost obligatory for every supplier to inspire (potential) customers with special offers and discounts for their products. But is it only the product and the discount in combination that matter in order to generate turnover? lexoffice, an accounting software provider, has a different view on this, and rightly so! Did you know that if a consumer is provided with a unique and uncomplicated shopping experience via digital channels, the purchase decision is far more positive? A much greater turnover can be generated through higher customer satisfaction.

Despite all the negative prejudices that have been published about chatbots in customer service, the decision was made to use a chatbot as an innovative communication technology. But what if the new communication technology is intended to win 1,000 new customers as well as encourage loyal lexoffice customers to win new ones? It's unthinkable with a classic question-answer (FAQ) chatbot. And last but not least, the chatbot's intents and tasks have to be developed and implemented within four short weeks? Unheard of in coding environments.

lexoffice as a client and provider, think moto as an implementation agency and Cognigy as software solution provider have jointly taken the risk: the development of the chatbot Lui. Lui is a tailor-made chatbot with an unprecedented user interface and a unique user experience. Lui is the central guide on the lexoffice website (https://lui.lexoffice.de/), completely without menu navigation. The user interacts directly with Lui and receives all information up to the final purchase from Lui. Lui is intelligent in two ways. On one hand, by entering text in the chat (NLU), it can continuously learn to understand the customer's intentions (intents). On the other hand, Lui can differentiate new paying customers from existing paying customers who recommend the lexoffice product to others, so that it rounds off entire transactions via integrated backend systems, in this case Intercom.

How is Lui now after surviving Black Friday and Cyber Monday? Lui had 6,000 interactions on its first day, Black Friday, and was able to win 900 new customers for lexoffice on the Black Friday weekend alone. Miscommunication or even a bounce rate due to a lack of understanding by the user? Nothing. Because Lui guides the user intuitively through the dialogue so that the user receives all the desired information simply by interacting with Lui. Lui's logic, intelligence and transaction capabilities are built on the elementary features of Cognigy.AI - AI, automation and touch points. By using the Cognigy.AI low code editor, dialogues can be prepared fast and frictionlessly, allowing for advanced implementation in four weeks. Lui, which was actually only supposed to be used as a Black Friday campaign, is now an integral part of the website and has to date, generated over 2,000 sales for lexoffice. Lui is also continuously being expanded so that in the near future it will also be possible to hand it over directly to live agents/ consultants in order to pick up and convert potential customers even more successfully. Lui exceeds all expectations and shows that well-developed chatbots based on the conversational automation platform Cognigy.AI are, and will be, the core component of the e-commerce experience.

Would you like to learn more about enhancing the customer experience through bot interfaces? Then book a demo with us today.

lexoffice is the online software of the German software manufacturer Lexware, for entrepreneurs, freelancers and companies from all industries. They use it to carry out their entrepreneurial office duties imposed by the authorities and organize their bookkeeping and payroll accounting. What users appreciate about lexoffice is the clear user guidance, which does not require any commercial expertise, the advantages of automation and the mobile, device-independent application. For them, this means that they can comfortably meet the complicated requirements of the authorities, keep track of their finances and have more time for their own core business. lexoffice is available as a cloud online software from 7.90€ per month. Core functions of all versions are the company finances (incl. online banking), document creation and recording, automatic payroll accounting and the tax advisor interface.

think moto is a design and innovation consultancy based in Berlin. think moto supports companies and organisations in the digital transformation of their brands and products. The agency also advises its clients on the use of emerging touchpoints such as chatbots and language assistants or virtual and augmented reality. Its clients include blue-chip companies such as Audi, Volkswagen, Lufthansa and Miles and More, as well as German SMEs, international technology companies and start-ups.

Cognigy is a leader in the Conversational AI marketplace. The Cognigy solution delivers an Enterprise Conversational platform enabling organizations to build complex, integrated cognitive bots on a single platform. Their solution helps companies rein in “bot sprawl” and delivers the most advanced level of Natural Language Understanding and enterprise application integration in the industry. Leading companies in the USA and EMEA have standardized on the Cognigy platform to accelerate their adoption of Conversational AI.